a focussed, crafted, journey into a defining relationship of a man's life.

In a nutshell:
Theatre with a good dose of stand-up comedy / A father-and-son story that will tug at the heartstrings

In life-changing moments, what do we do to reach out to each other?

Bravo Figaro! is the true tale of a self-employed builder, a battle with degenerative illness and opera in a bungalow in Bournemouth. It sees master storyteller, writer and "leading light of Britain's alternative comedy scene" (The Guardian) Mark Thomas in a poignant and personal performance about his relationship with his father.

Thomas' father has a passion for Verdi, Rossini, Puccini and Mozart, but when he is diagnosed with a degenerative brain disease, his life begins to crumble. As his father's illness progresses, Thomas makes a larger-than-life gesture and stages a concert with singers from Covent Garden to try to connect with him through music.

Woven through with recordings of his parents' voices and extracts from opera songs we all know and love, Bravo Figaro! is theatre filled with laughs and lots of heart. Better than the best Father's Day gift.

In association with Merrigong Theatre Company and Richard Jordan Productions

By arrangement with Lakin McCarthy Entertainment 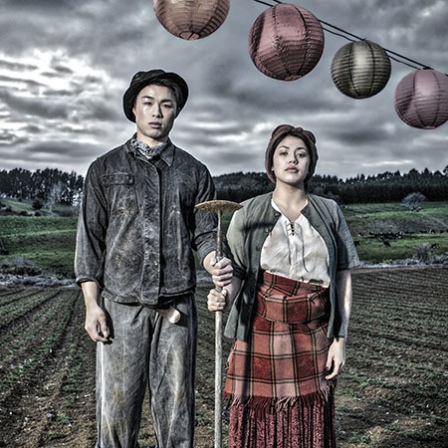 I am not normal, I am Chinese
The Mooncake and the Kūmara
5 - 10 March Q Loft
shortlist buy ticket

The text is fiercely modern, delivered in a traditional operatic style that is a...
Macbeth
11 - 15 March ASB Theatre
shortlist buy ticket