One of the greatest chamber music ensembles of our time, the Brodsky Quartet will perform at Auckland Town Hall’s Concert Chamber as part of Auckland Arts Festival 2015, in a co-production with Chamber Music New Zealand.

Fresh from concerts as far afield as Sweden, Mexico City and Kings Place, London, this special concert, on Thursday 19 March 2015, is the Brodsky Quartet’s Auckland debut.

Many consider Bartók’s six string quartets to be the greatest of all time, and as part of this concert, Festival audiences will be treated to his No 5. But, in true Brodsky Quartet style, there will be a twist! During relaxed introductions, the quartet will guide the audience through the composer’s eerie depictions of Night Music – the nocturnal sounds of nature. The influence of Bartók’s lonely melodies on his fellow composers was profound, so a couple of additional musical gems will accompany this masterpiece.

Formed in the North English town of Middlesbrough in 1972 when the members were in their early teens, the Brodsky Quartet has developed an expansive repertoire over the past 43 years, including works by Haydn, Beethoven, Schubert, Bartók – and Shostakovich, for which they are particularly renowned. They are also viewed as one of the stand-out “cross-over” quartets and have collaborated in the past with pop figures as diverse as Elvis Costello, Paul McCartney and Björk (performing on her Family Tree project).

The Brodsky Quartet’s spirited and virtuosic artistry has seen them perform at more than 3,000 concerts and release over 60 recordings, and they are currently the visiting quartet at the Royal Conservatoire of Scotland.

"Throughout, the players gave unstintingly of their passion and energies, playing with a spirit so transformational you felt they were actually improving the world” – The Strad

“...as gripping as they were unsettling” – The Guardian 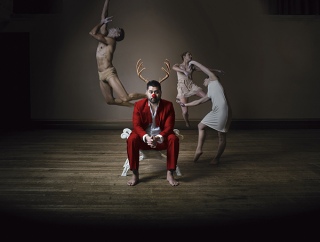