It’s all over for another year. The madness has settled and we are all wearily pushing paper around our desks trying to do all those things that need to be done. 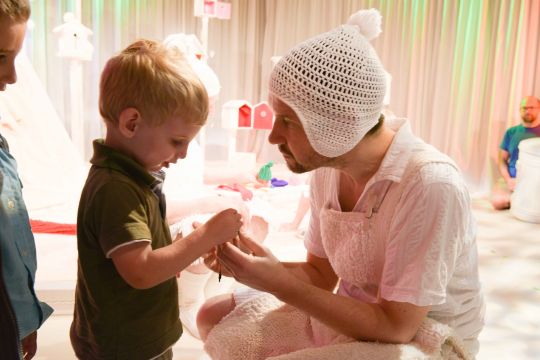 Some staff, interns and volunteers have already finished with us and over the next few weeks many more depart.  However, some people are now at their busiest, including the accounts department as they pay thousands of bills. The technical team has finished the pack-out in Aotea Square and the Garden has gone. The marketing and programming teams are collecting materials, writing reports and letters. And me, I have started the thank-you letters to all the artists, which we send everyone with all their media coverage.

I thought our artists did a fantastic job.  I was overwhelmed on the last weekend and I reflected on my many highlights: Macbeth, The Mooncake and the Kūmara, White, The Book of Everything, Hīkoi, Lake Street Dive and Pass the Gat – and that is just what I can think of at this moment.  Everyone I talked to on the street, in the venues and in the Festival Garden had a different favourite. 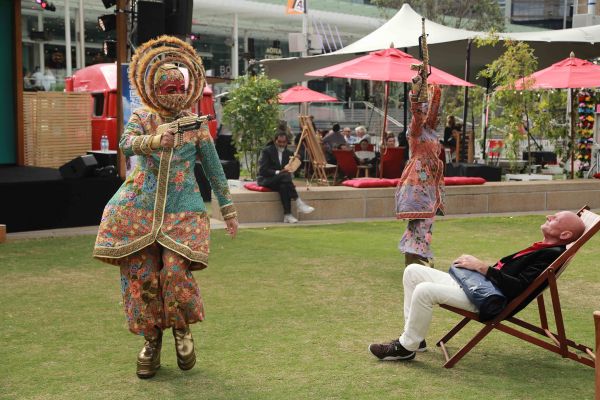 Late on the last night of the Festival, the Garden was alive with artists from all over the world sharing their songs and music, dancing in the dark under the moon, relaxing and sharing stories in different languages.  All our artists loved their stay in NZ.  Some of them are still here holidaying around the country.  The Q Brothers brought their whole family down from the USA and were last seen getting on a plane for the South Island, while the White elves headed out to Karekare to stay with friends.

I remember many special moments; the hundreds of students at Othello: The Remix at the Vodafone Events Centre, screaming their heads off and many of our guests in tears at the end of Bravo Figaro!.  iTMOi (in the mind of igor) and A Child of our Time both closed the Festival in such a beautiful and powerful way – I will not forget either of them. You can see reviews, footage and photos of all your favourite festival shows on our website soon.

As we tidy up the 2015 Festival, we have also started work on 2016.  I have been writing to artists we are already hoping to present next year and making my next travel schedule to see shows and meet with artists. I’m also thinking about 2017.  David has set about realising the gems we have discovered, developing partnerships with sponsors and funders, and along with the Festival Executive Team and Board, masterminding strategies to deliver all this. 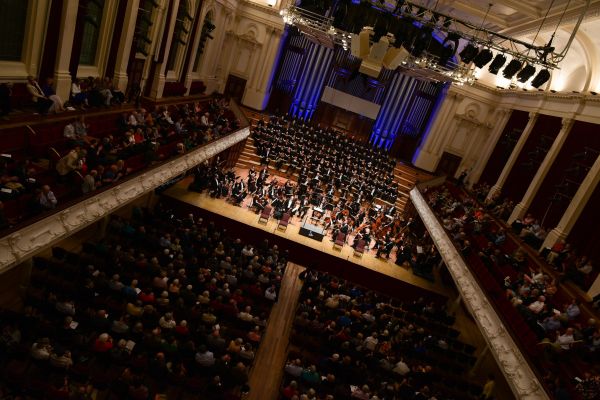 My mind is not going at one hundred percent. I am looking forward to heading home to the countryside and relaxing – my first days off in 6 weeks.  It will be bliss.  Gardening, cooking and of course welcoming guests to my home (the Modern Māori Quartet are coming to stay) and attending someone else’s festival, the Maorilands Film Festival in Otaki. Thank you to you all for being part of the Festival, for taking risks and seeing work by artists from New Zealand and around the world and for supporting your arts festival.  I will keep in touch over the next few months as we finalise the 2016 programme – I may even drop a few hints along the way.  It is less than 48 weeks before the next Auckland Arts Festival starts and I look forward to seeing you all then.

POST SCRIPT:
Last week I became a Tante Oma, a great auntie for the first time.  A special joy.

Photographs: White at Q Loft, Osadia in the Festival Garden, iTMOi (in the mind of igor) at ASB Theatre, Aotea Centre and A Child of Our Time at the Auckland Town Hall.  Gate Photography.