In a nutshell:
A party bomb of a show / A night out for the boys and boys-at-heart / Mad Men in full-force

An adrenaline rush that blasts the nine-to-five blues into outer space.  Go and see it - you'll have a BLAM!***** - Metro, UK

Just saw BLAM! One of the greatest, most exciting & brilliant shows I have ever seen. Honestly...blown away - Ricky Gervais

BLAM! is a hilarious and highly explosive action performance where Die-Hard meets The Office.

Watch as ordinary office clerks transform their mundane workplace into a world populated by aliens, superheroes and classic blockbuster movie villians. Cheer and laugh as they perform wonderfully bizarre stunts and clever tricks with office stationary and everyday furniture. In 'a fresh and funny fireball of energy' admire the mind-blowing physical theatre, circus, parkour and neck-breaking dare-devil stunts.

BLAM! is the perfect night out for anyone who loves comic superheroes, has 'a thing' for hard-out action movies or simply wants to enjoy the exemplary physical theatre skills of an ingenious Icelander and some dare-devil Danes.

See how fun, games and a bit of wild imagination in the workplace can blow your office nightmares to smithereens. 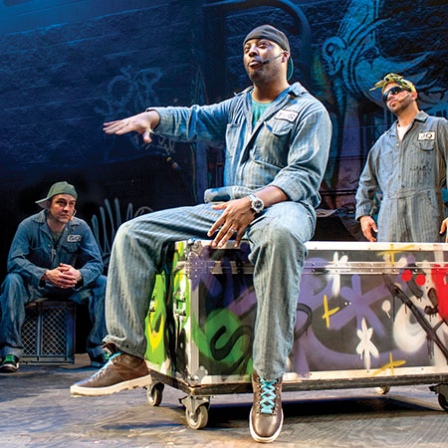